Football and Brazil. The two things go together rather well don’t they? Over the years you’ve had the likes of Pele, Romario, Ronaldo and now Neymar starring but who is next?

Here we look at five of the best young Brazilian footballers as things stand right now.

Kicking off our list of the best young Brazilian footballers is in fact the youngest. Henrique, who plays as a winger, is just 19-years-old. Despite his tender years he’s already progressed beyond Brazilian football with last September’s move to Ligue 1 side Marseille.

That move came about despite the fact Henrique only had just over 1,000 minutes of action to his name for Botafogo where he’d been involved in a goal every 143 minutes. Chances have been limited in France but with speed, tricks and an edge of arrogance to his game it’s only a matter of time until Henrique starts to deliver.

It’s a hard life being a Brazilian right back; are you Cafu or Dani Alves? Either way, the bar is pretty damn high. We’re not sure Guga will quite get to the level of his aforementioned compatriots but the 22-year-old should expect a very solid career; plenty of it will be at footballs top table too.

The Atletico Mineiro full back originally started out with Avai Futebol Clube in the second tier but has kicked on since stepping up.

Will he ever be one of the best defensive players? No, probably not. He does, however, have confidence on the ball and quality in offensive areas, which are two things extremely important for a modern day full back. Already Guga is being linked with some European clubs so watch this space.

São Paulo’s attacking midfielder doesn’t turn 22 for another week but Real Madrid are already known to be suitors for his signature. Why is that? Well, if you’re judging him purely on his end product I.e. goals and assists then you might be a bit miffed; he only has six goals and six assists in 87 appearances.

Watch him play a few full matches, however, and the reason he’s so highly thought of will become much clearer. Gomes is the guy who dictates play, he sets the tempo for how São Paulo play and, without him, the team simply don’t perform at the same level. Don’t get us wrong, Real would be an enormous step up but one day he could well don the Los Blancos strip.

Next on our list of the best young Brazilian footballers right now is Brenner. Brenner, who has recently turned down European options in favour of a move to the MLS with Cincinnati, already has 24 senior goals to his name courtesy of his time with Sao Paolo in his homeland.

The 21-year-old prefers to play as a central striker where he can operate on the shoulder and run in behind. He has the qualities for it; Brenner has pace over short distances, a decent touch and his finishing is often clinical. We suspect he won’t be in America too long.

Pepe [pictured above] is the oldest player in this list at 24-years-old. He also already has a significant boost compared to the others listed. Why? Well, come the summer, he’ll be landing in Portugal as Porto recently paid $17m for his signature. The Gremio youngster plays in wide midfield with a preference for the left hand side.

He contributes well from there too, which is a huge positive for Porto fans given it is easy for players in those positions to go missing. His current stats for the year of nine goals and five assists in 31 appearances.

What’s his style of play? Just like the best ball handlers in NBA history by the TwinSpires Edge, he knows how to handle a ball up close. He’s got trickery to beat a defender up close and personal and he’ll destroy plenty of defenders in a foot race.

Will he be able to do the jump to European football with ease, or will he struggle like fellow Gremio winger Everton Cebolinha, who moved to Benfica in Summer?

There you have it, the five best young Brazilian footballers. Who’s most likely to make it to the very top? Who did we miss? 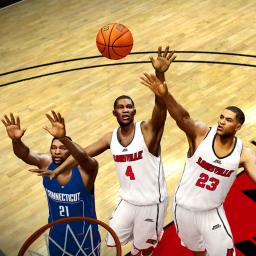 Who needs fans? Chelsea’s Thiago Silva goes wild in the stands as his team’s cheerleader

Must look for eligible talent from U.S., beyond Mexico

Brazil’s Gabigol apologises after being caught in illegal gambling hall

Gabriel Barbosa was taken to a police station after breaking lockdown rules in Sao Paulo. Photo by Marcelo Endelli/Getty Images Brazil and Flamengo forward Gabriel “Gabigol” Barbosa has apologised after being…

U.S. teenager Matthew Hoppe is set to extend his stay at Schalke 04 until 2023, sources have told ESPN. The 19-year-old has enjoyed an impressive campaign and contributed five goals…